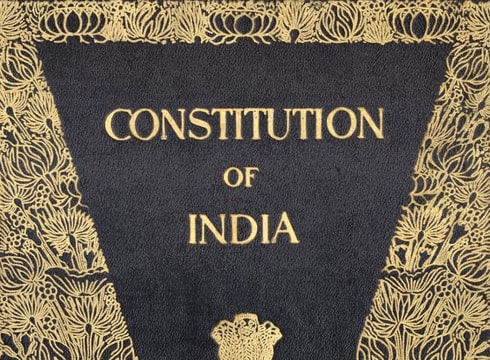 The conceptualization of the term ‘privacy’ can be traced out in the ancient text of Hindus. If one takes a look at the Hitopadesh it is stated that a few matters (like worship, sex and family matters) should be protected from revelation. But in the Indian economy, for the first time the concern of right to privacy was deliberated upon in debates of constituent assembly were K.S. Karimuddin moved an Amendment on the lines of the US Constitution, where B.R. Ambedkar gave it only reserved support, it did not certain the incorporation of the right to privacy in our constitution.

Article 17 of the International Covenant on Civil and Political Rights articulates and describes the right to privacy. It states that ‘No one shall be imposed to arbitrary or unlawful obstruction with his privacy, family, or correspondence, nor to unlawful strike on his honour or reputation’. Although Article 12 of the Universal Declaration of Human Rights 1948, presents that ‘No one shall be subjected to arbitrary interference with his privacy, family, home or correspondence, nor to attacks upon his honour and reputation. Everybody has the right to the guardianship of the law against such impedance or attacks’. Both of these instruments provide the right to privacy to the citizen as well as the states, who are a signatory to it, are anticipated to fulfil these rights.

As India is a signatory to the International Covenant on Civil, Political Rights and the Universal Declaration of Human Rights, 1948, India has the constraint to implement these rights.

In the dearth of enabling legislation, the ICCPR can have the legal force similar to the other laws in India. And the UDHR is a mere declaration, and it does not have any legal force. But the courts have used the provisions of ICCPR as well as UDHR to make its argument substantial; and also in order to make the government realize about his responsibility not just towards the citizens but also towards international instruments.

In M.P. Sharma v Satish Chandra (hereinafter M.P. Sharma Case) were Supreme Court on the affair of ‘power of search as well as seizure’ held that they cannot bring privacy as a fundamental right as it is something alien to the Indian Constitution and the constitution maker does not bother about the right to privacy.

The next case was the Govind v State of MP, where the right to privacy was deliberated in detail. The issue was quite identical to the Kharak Singh v State of UP, but this time the approach of judgment was quite different. They maintained the effectiveness of Madhya Pradesh Police Regulations, 855 and 856, made under Section 46(2) (c) of Police Act, 1961, under the reasonable limit. Judges were unable to decide whether the Right to Privacy is a fundamental right or not and they passed on the burden to the next case through saying that the “The right to privacy, in any case, surely has to go through a process of case-by-case development”. It is one good concept of law that could not be developed through a single case, as it is very difficult to see the exceptions and consequences of that concept of law through one case.

In Maneka Gandhi v Union of India,  the Supreme Court elucidated Article 21 in broad sense. They stated that both the rights of personal security as well as personal liberty acknowledged by what Blackstone termed ‘natural law’ are materialized in Article 21. Maneka Gandhi Case started the wide understanding of Right to Life, which actually helped the Right to Privacy to fall into the scope of Right to Life.